Adventure on Lake Iseo in Search of Spectacular Landscapes

In sunny September, a photographic assignment brought me to Northern Italy, or more precisely, to Monte Isola, an island situated in the middle of the beautiful lake Iseo. Once all the work was done, I took a couple of days to explore the island on my own. Equipped with a camera, my trusty 24-70 mm lens, and a map of the island, I headed out in search of magnificent Italian landscapes. 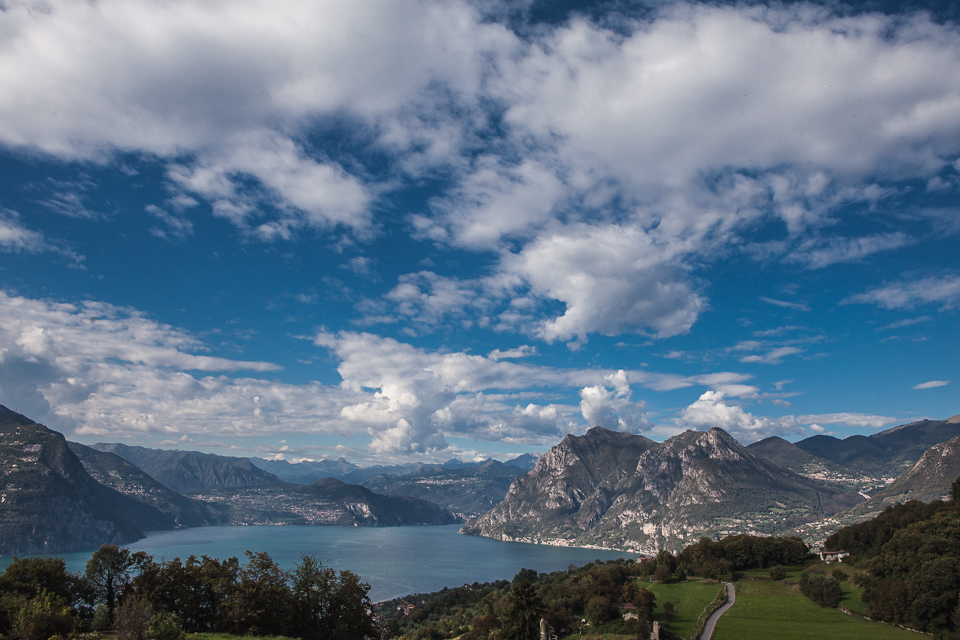 Lake Iseo, or Lago d'Iseo, as it is called by locals, is a mountain lake in Lombardia, Italy. Monte Isola is, as the name implies, a mountain on an island. It is also the largest lake island in South and Central Europe, as well as the largest inhabited island in Europe. With a population of only about 1,800 inhabitants and no cars except for the doctor's, the priest's and the mayor's, Monte Isola is truly one of the most peaceful places in Italy. A regular ferry service connects the island with the surrounding mainland towns, such as Sulzano and Sale Marasino. 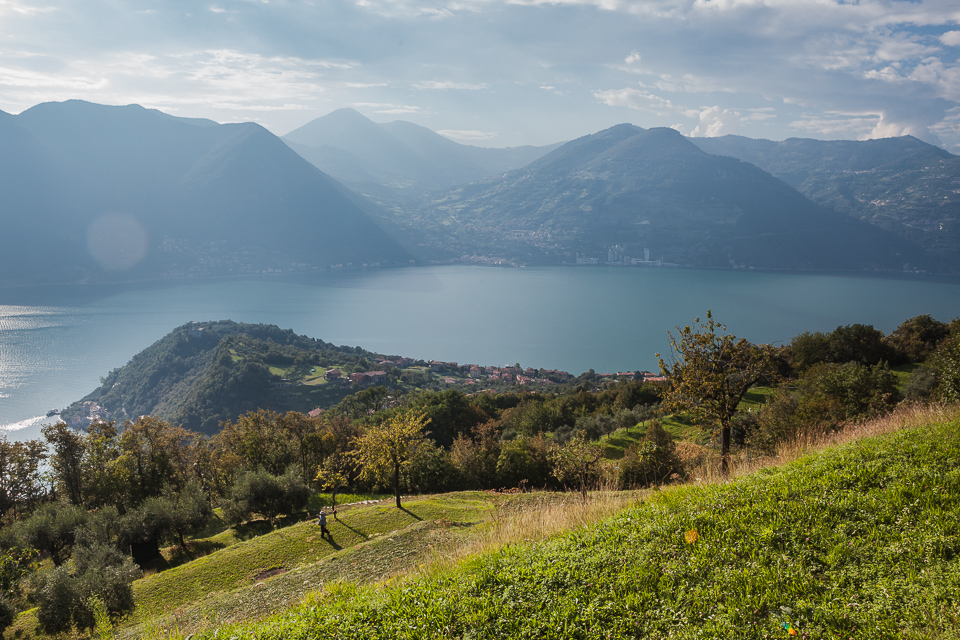 After examining the local trail map, I decided to challenge myself by walking up to the highest point of the island, Madonna della Ceriola Sanctuary, located 600 metres (1,969 feet) above the sea level. The map promised some panoramic views along the way; according to my calculations, if I started in the afternoon, I should be able to witness the sun going down behind the mountains. Have I mentioned that landscape photography often involves some serious hiking? As a city photographer, I slightly underestimated the challenge and the importance of good hiking boots... But let's start from the beginning.

I hit the road on a sunny afternoon, leaving behind my cozy hotel in the quaint village of Sensole. The winding road took me uphill to the first point, Menzino, a town on the South-Eastern part of Monte Isola. The sun was still behind me and the views from Menzino over the lake, the valley, and the peak of Corna Trentapassi were no less than breathtaking. Knowing that including people to the view adds a sense of scale, I waited for a person on a motorbike to get in the picture and hop! - the view is captured! 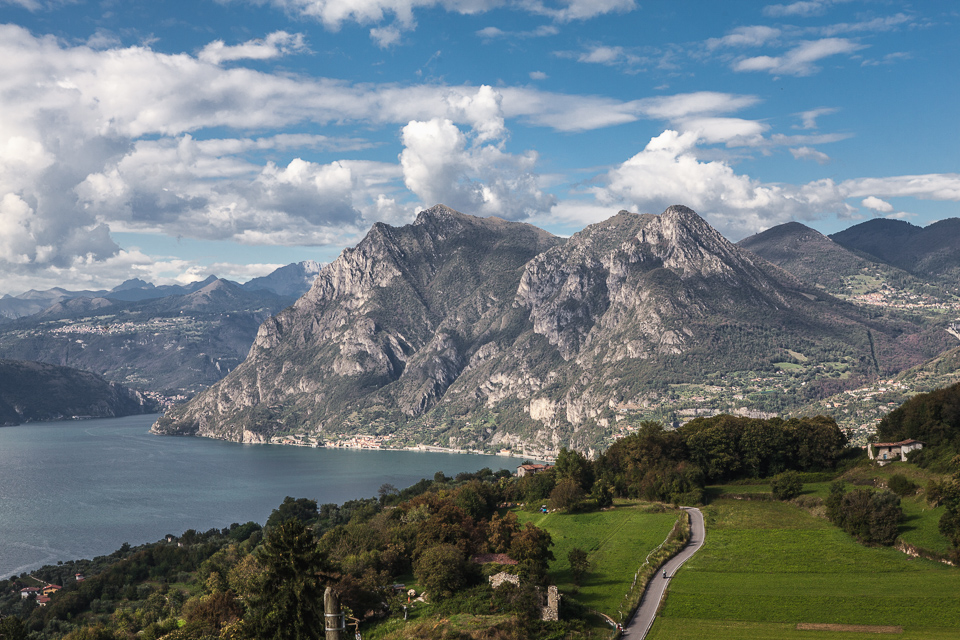 From Menzino, the road gradually got steeper and steeper: out of breath, I passed the towns of Senzano and Cure under the scorching sun. The sanctuary was so close... and yet so far away! 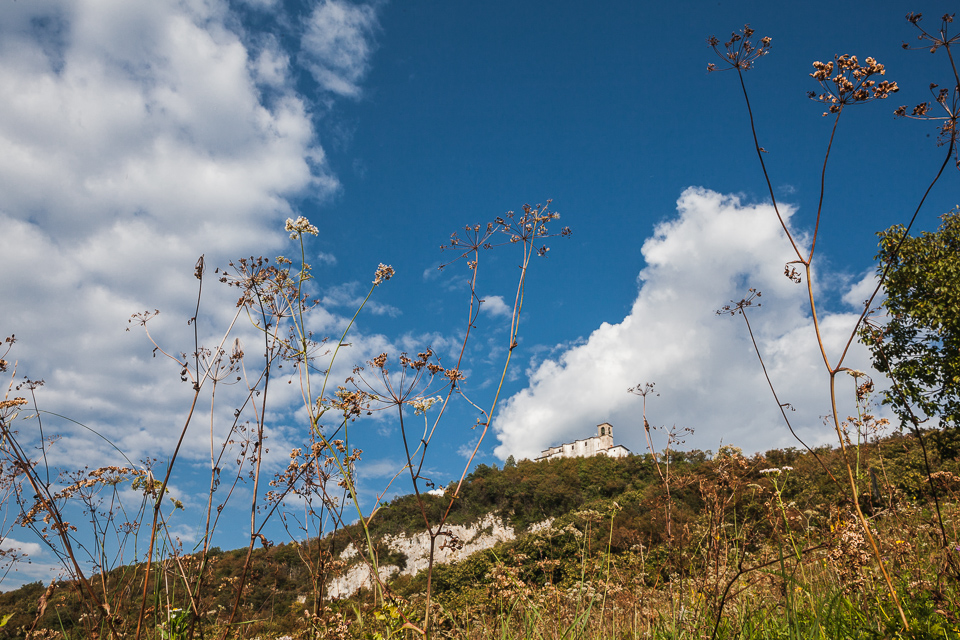 Finally the road turned into a path surrounded by chestnut trees, so typical to Monte Isola, and guided me towards the sanctuary gate. After two hours of hiking uphill, I felt like a medieval pilgrim happy to finally reach the goal. 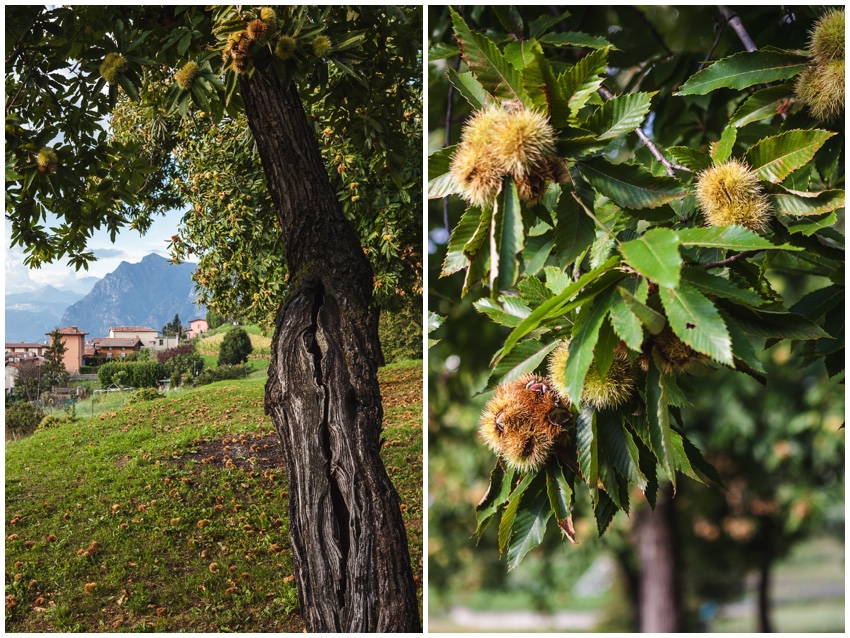 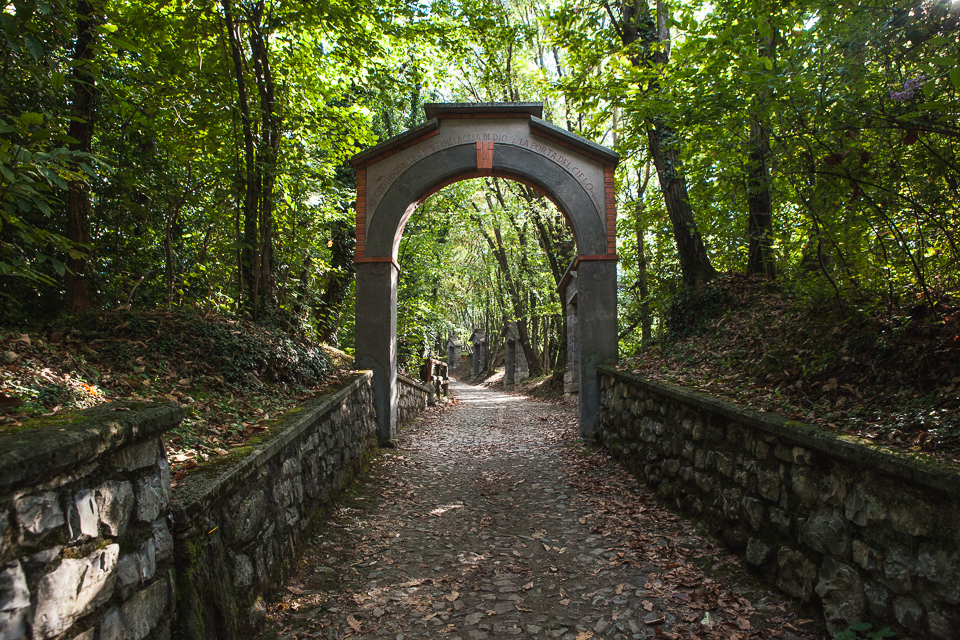 The views around the sanctuary were truly fantastic! The bright sun was still high in the sky, reflecting in the still waters of Lago d'Iseo, creating strong contrasts between light and shade, not so easy to capture. 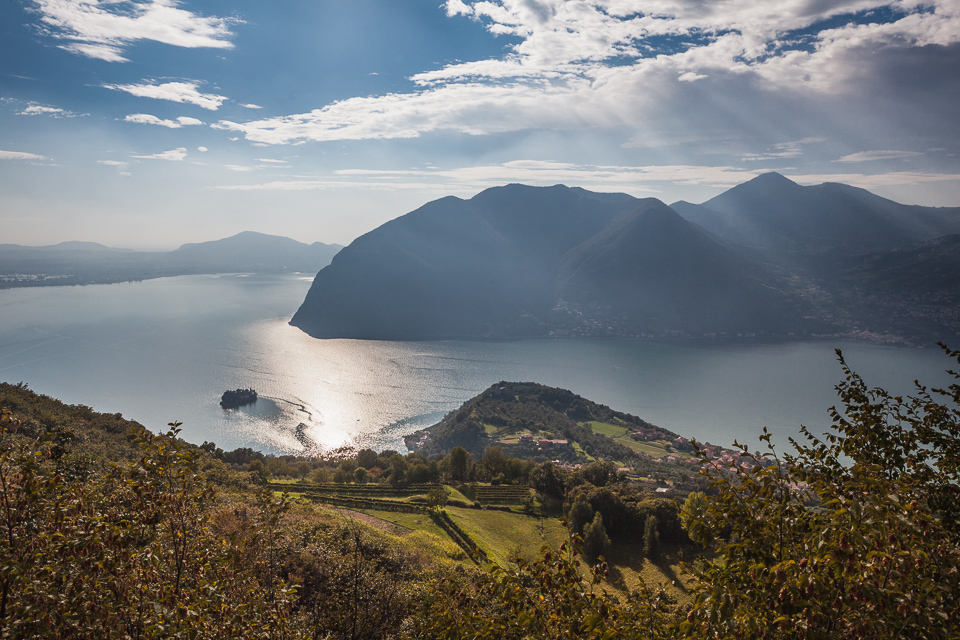 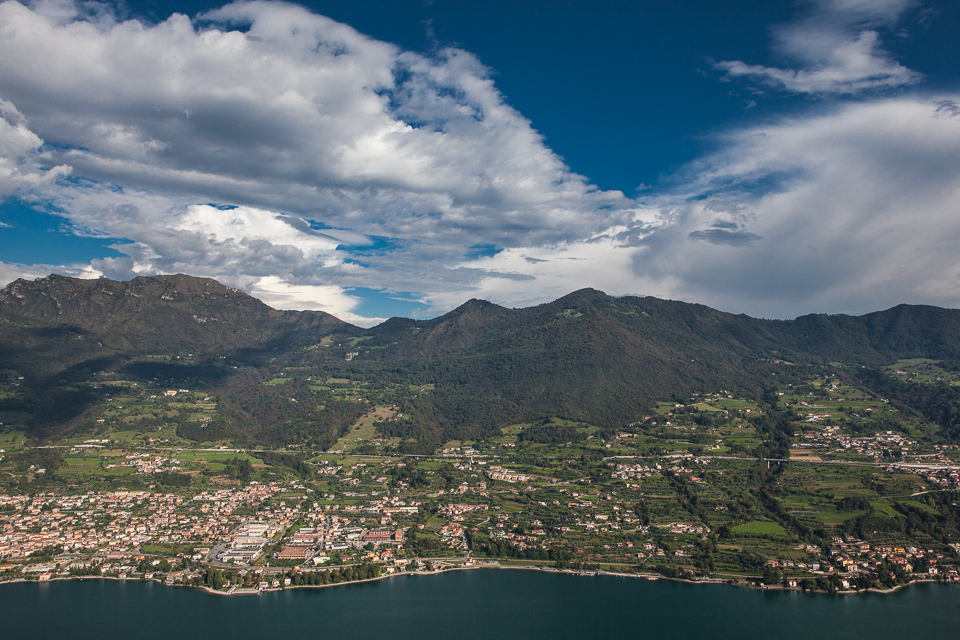 I took a few shots of the mountains surrounding the lake and entered the 17th century church with its painting of Madonna and ancient frescoes. The church was empty and the altar was lit by thin rays of afternoon sun - such a peaceful and harmonious place! 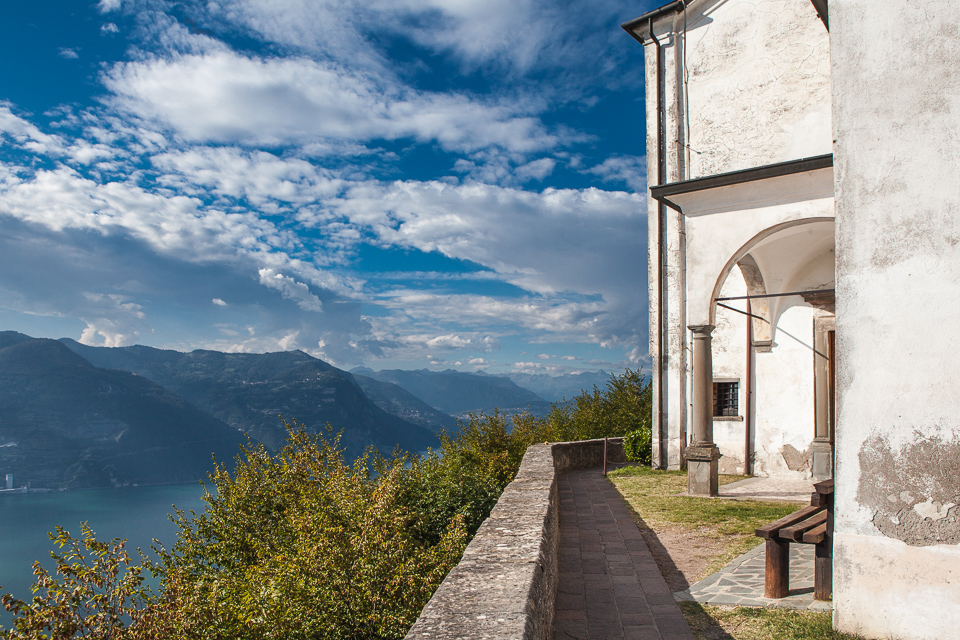 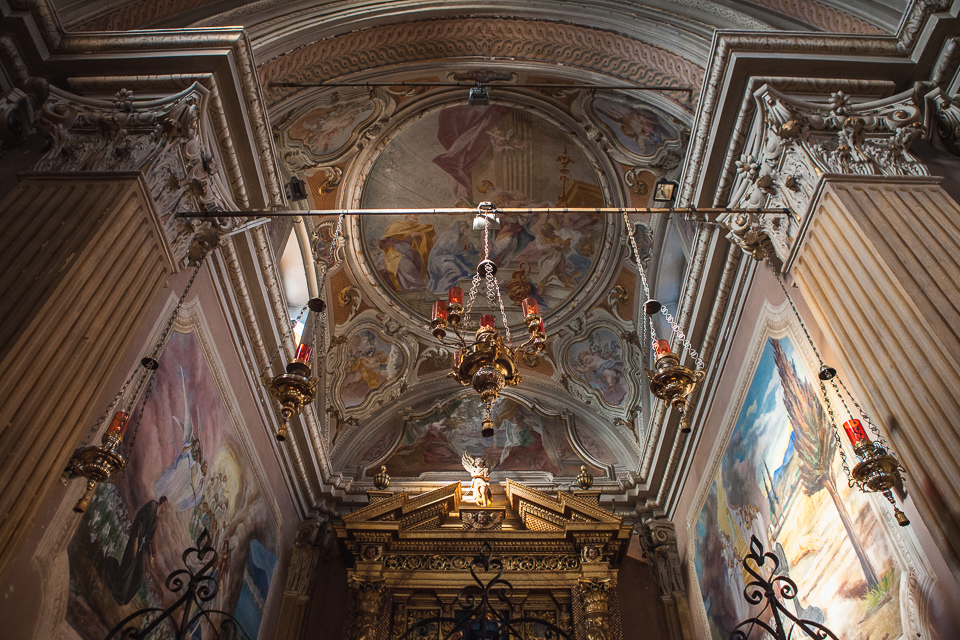 Once at the top, I realised my original plan of capturing the sunset from the top was too risky and needed to be updated: it would be utterly dangerous to walk down a mountain path in the dark. So without waiting any longer, I headed downhill, hoping to reach the lakeside before dark. This time I chose a picturesque path with multiple panoramic views marked on the map leading to the town of Pesciera Maraglio. The sun got behind the clouds and the contrasts got lower, so it was not only easier to walk, but also to photograph.

As I walked, the comfortable footpath slowly turned into rough and steep track. I was completely alone and had to be extremely careful and concentrated with every step if I wanted to reach the end of it safely. As an inexperienced hiker, I would have never thought that going downhill and carrying a camera is such hard work! 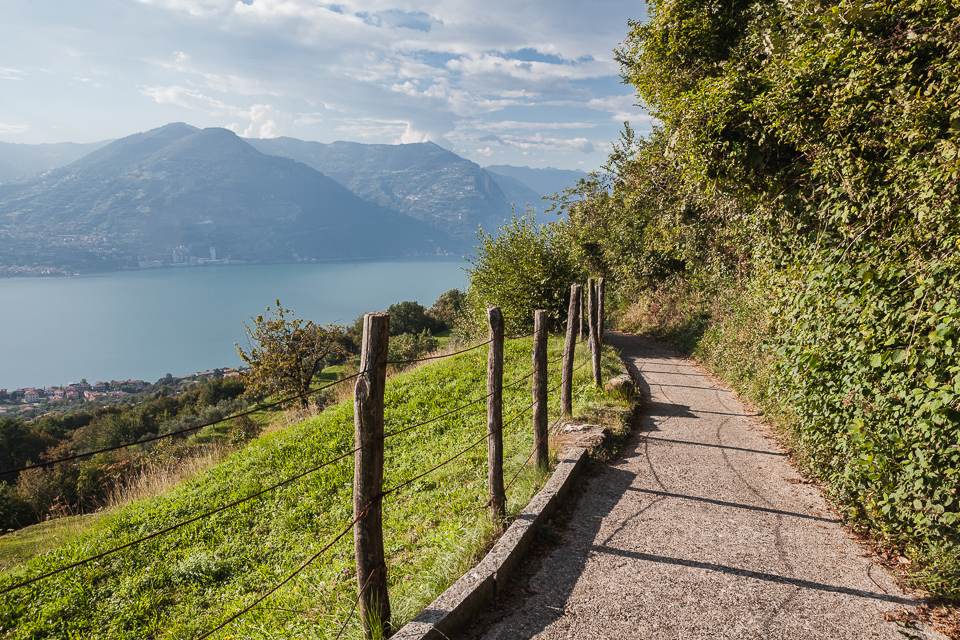 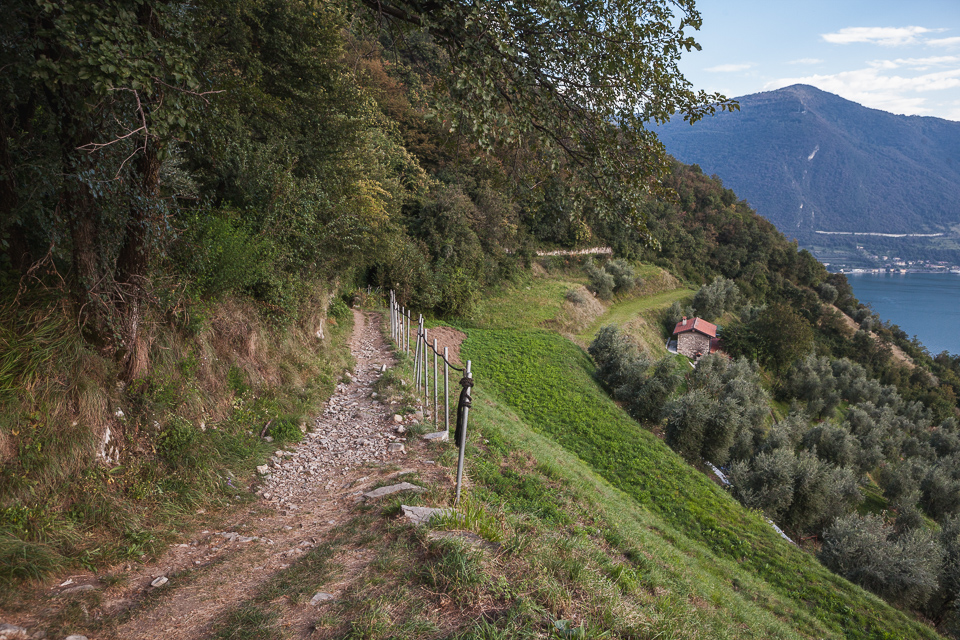 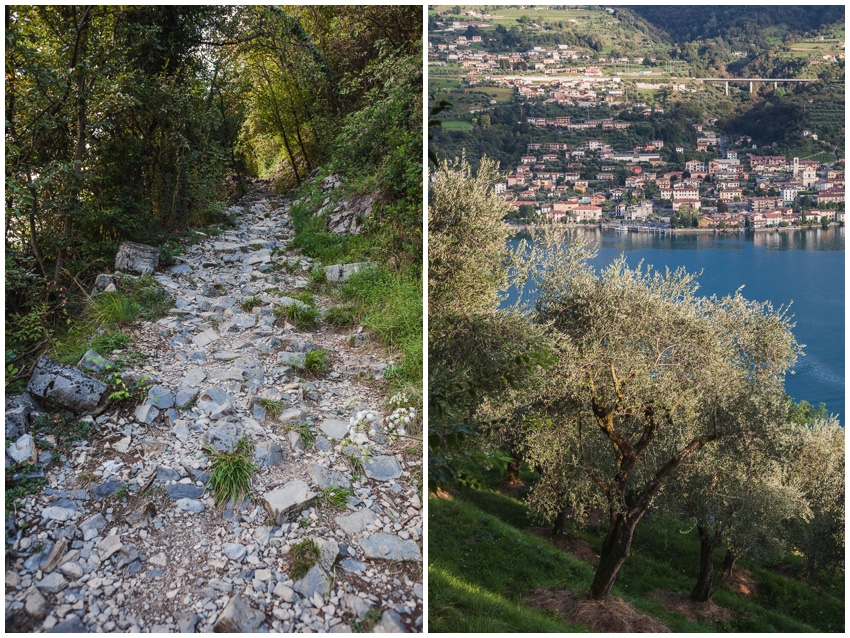 Suddenly the sun came back out and lit the olive trees and the familiar view of Pesciera Maraglio town. After four hours of hiking, I couldn't be happier to see the end of my adventure, as well as to capture some final images of a ferry crossing the lake in the afternoon sun. 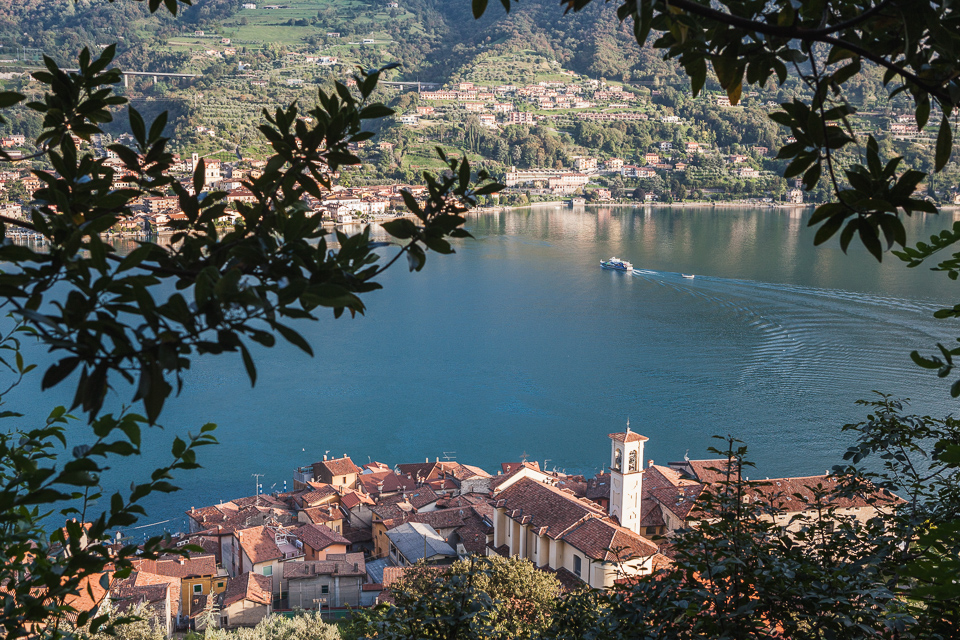 All's well that ends well! The result of this challenging hike was some great experience and of course the fantastic landscapes captured from the highest point of the largest inhabited lake island in Europe!