The Medieval Festival in Provins is one of the most colourful and entertaining outdoor events to be visited in France in mid-June. Located only and hour and a half drive from Paris, the medieval city of Provins with its fortifications and well-preserved city walls is recognised as a UNESCO world heritage site and makes a perfect setting for a large costumed two-day festival. This year, the theme of the 33rd festival edition was "Travel and discovery", and, as you may guess, this was a journey both in space and in time, an event that no travel photographer can miss! 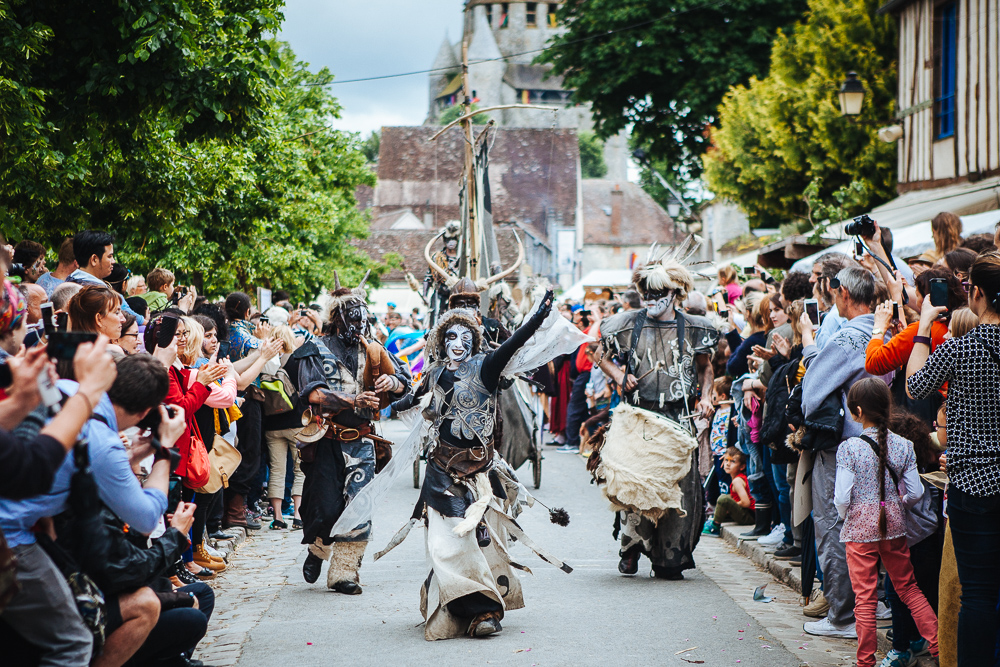 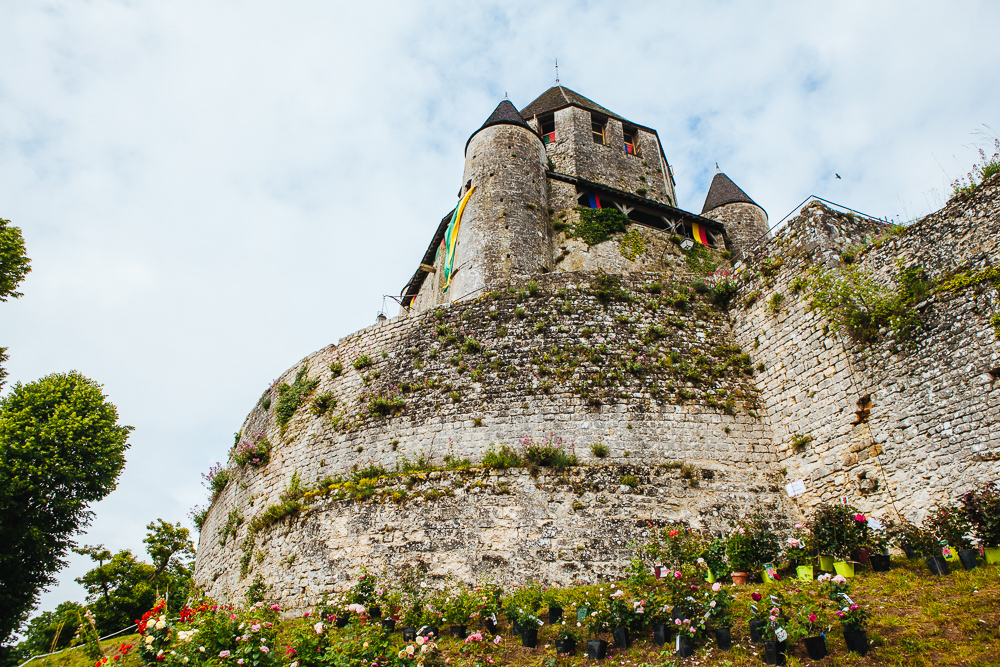 Back in the 12th and 13th century, the fair of Provins was one of the most important meeting points for merchants from all over Europe. The city population was 7 to 8 times bigger than it is now, and Provins truly flourished. Today, the festival brings back to life the spirit of those days by inviting talented craftsmen and merchants, knights and kings, minstrels and troubadours, street acrobats and jesters, and of course everyone else who is willing to join the festive crowd in a medieval costume. The atmosphere of the place is truly unique, with only digital cameras and smartphones visible here and there to remind us of the 21st century... 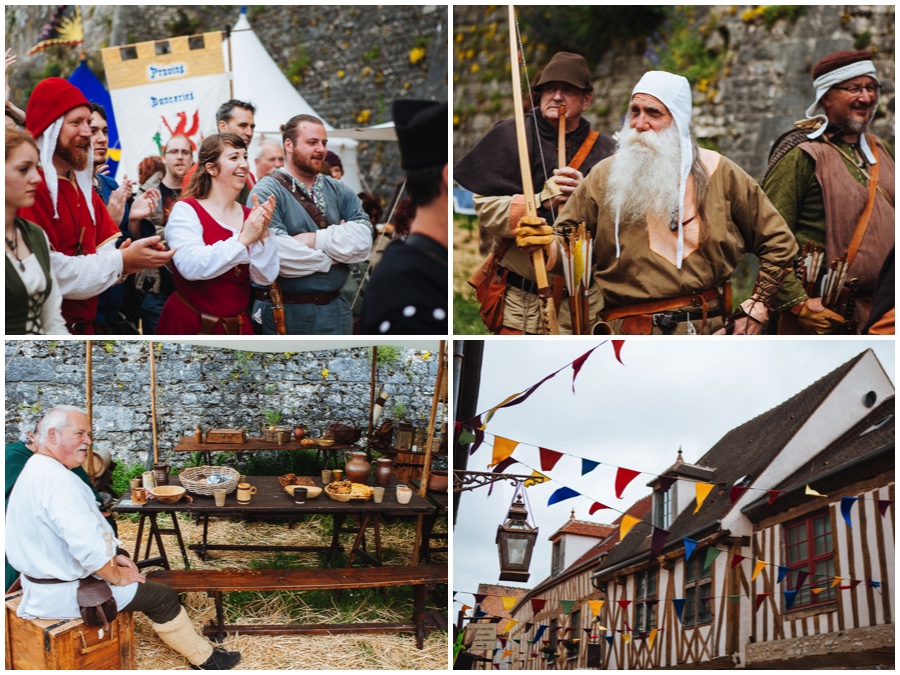 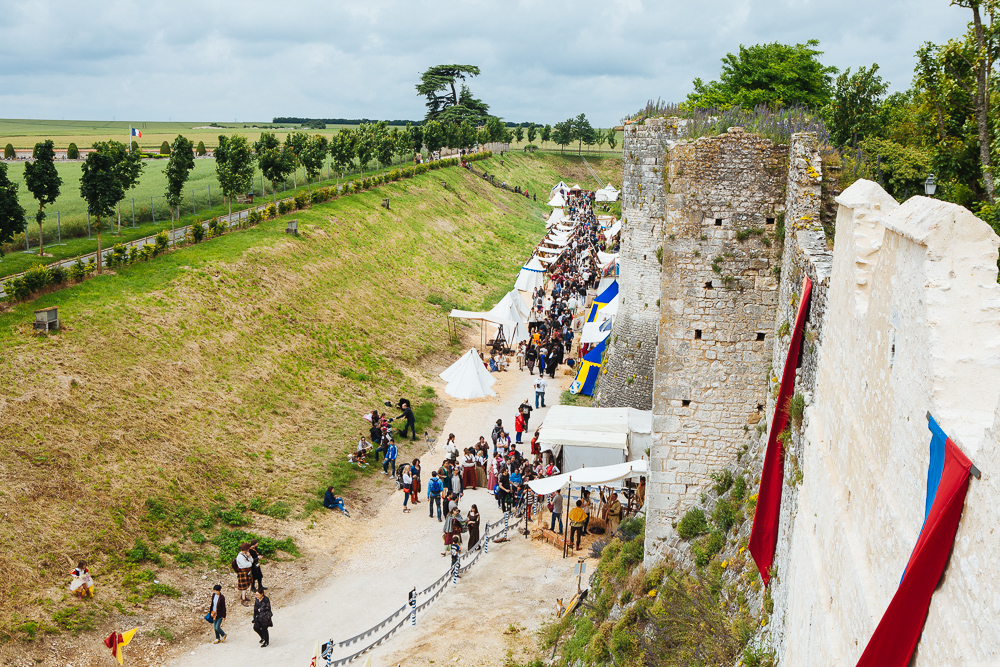 Provins is divided into the lower city with its quaint little streets, picturesque canals and small old houses, sometimes standing right in the water, and the upper city, protected by high city walls and the Ceasar Tower, with the dome of Saint Quiriace Collegiate Church dominating the view. Dressed in a wide-sleeved white shirt, long blue skirt with red sash, and a black tricorn, I headed through the streets of the lower city towards the upper city, camera in hand, excited to join my first ever medieval fair. And there it was, full of colours, smells and sounds, so familiar, yet so different from our everyday life. 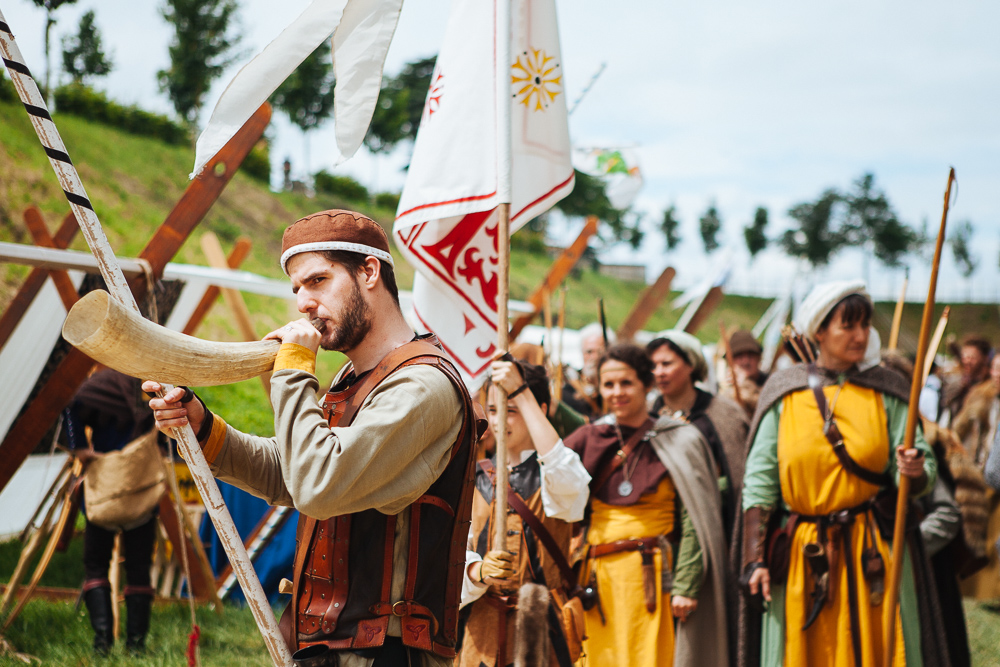 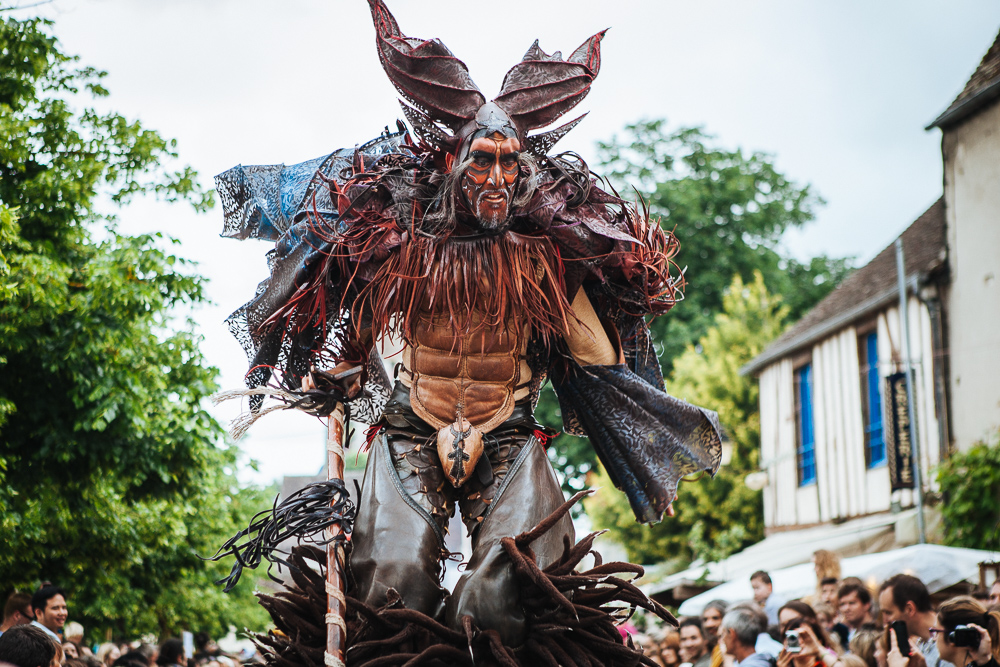 There is so much to do and to photograph in Provins! Climb up the city wall and watch the eagles fly, look down and capture equestrian competitions, wander outside the walls to explore medieval arts and crafts, go up the Ceasar tower to enjoy the view of the city and the surrounding countryside, take part in contests and shows, learn how to danse or how to weave, taste local food and drinks made of honey and roses, and finally do not forget the highlight of the day: a big costumed parade of more than 600 people, including all sorts of mystic creatures, as well as camels, bulls, horses and dogs! 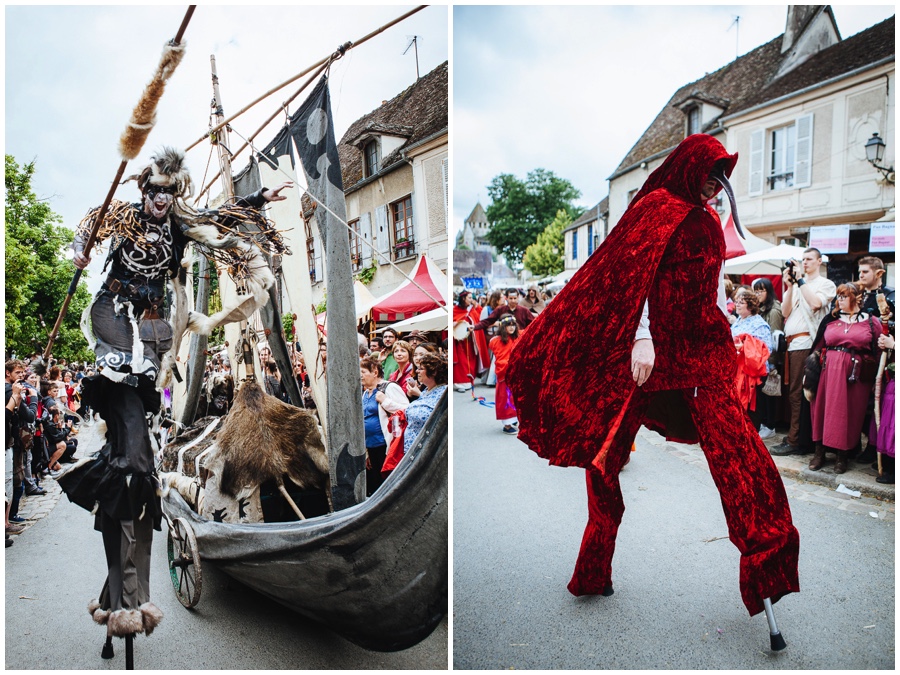 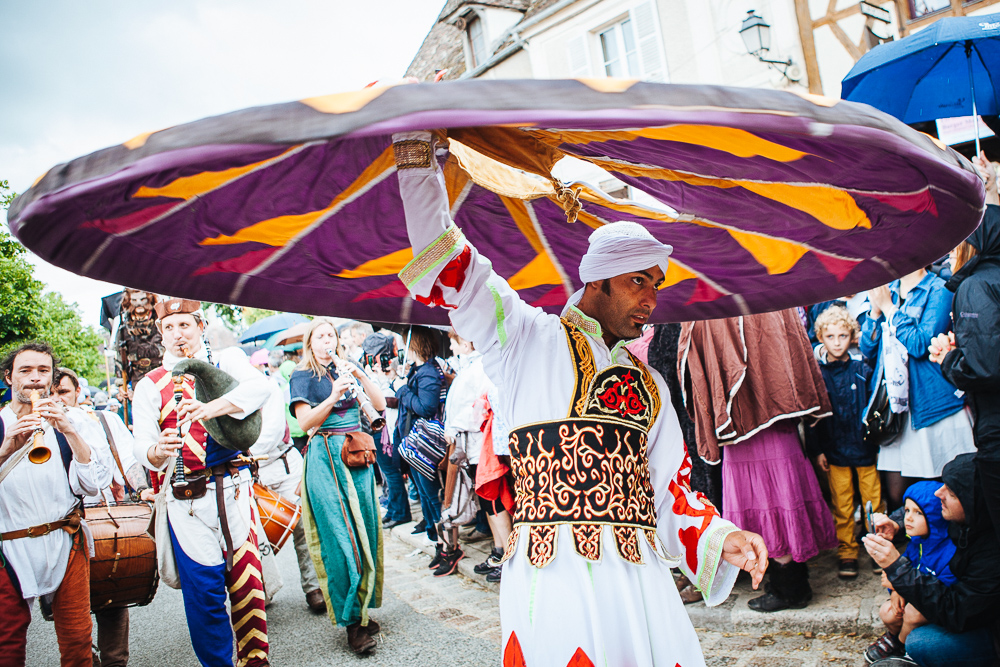 To capture the parade, I found a perfect strategic spot on a street corner, from where I could easily see the entire procession walking towards me with the Ceasar Tower in the background. The participants of the parade were so close that some creatures even looked directly into my camera's lens! The procession was truly impressive: loud and colourful, it represented various levels of medieval societies, including overseas guests and characters from myths and legends. 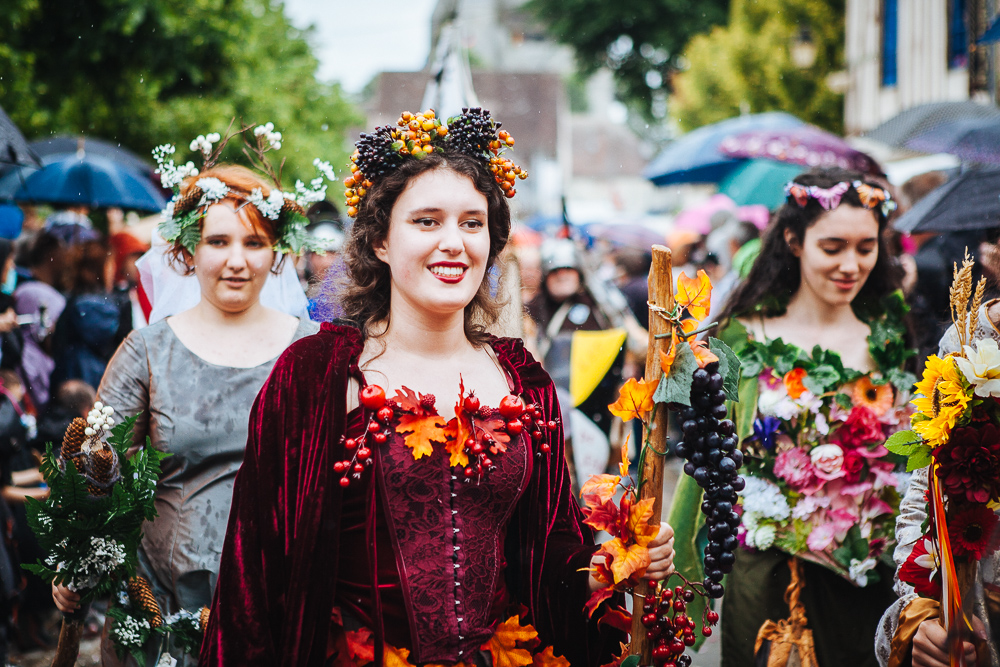 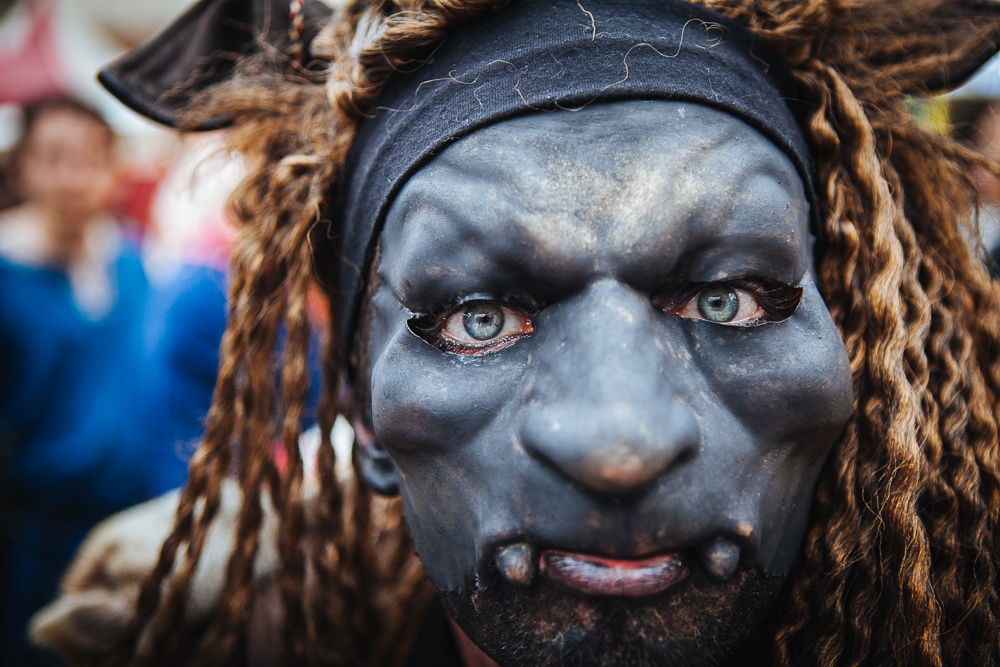 The festival ended on a high note with a medieval music concert, tasting of hydromel, a honey drink from the Middle Ages, still produced today, and of course a gentle summer rain. Happy albeit a little wet, I went home with hundreds of photos reflecting a truly medieval spirit of the festival in Provins. 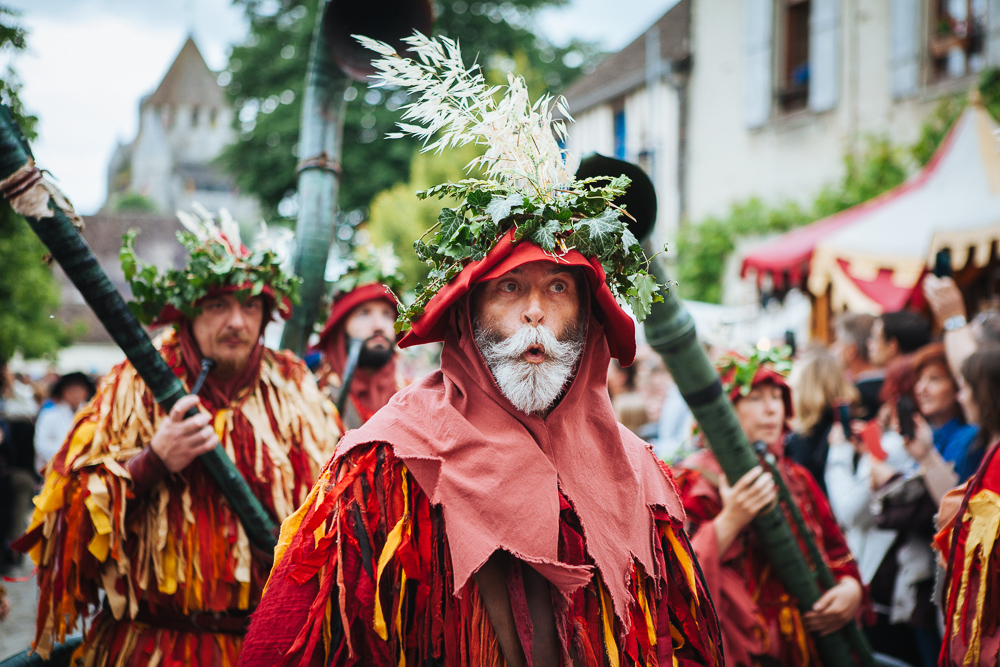 For more information about Provins Medieval Festival, visit its website, and check out other events in Provins on city tourism office website. 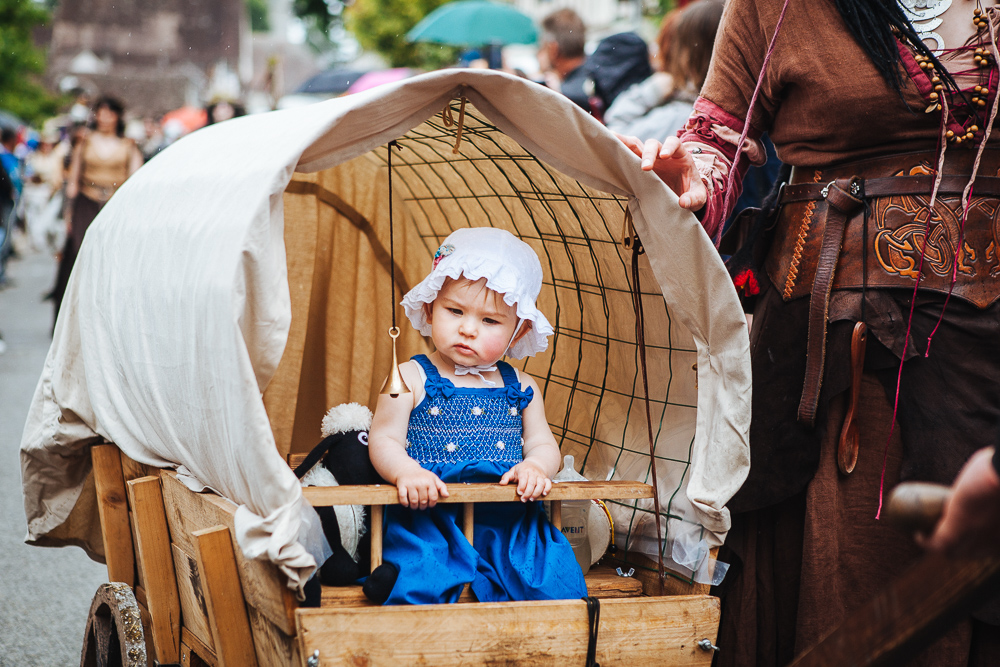 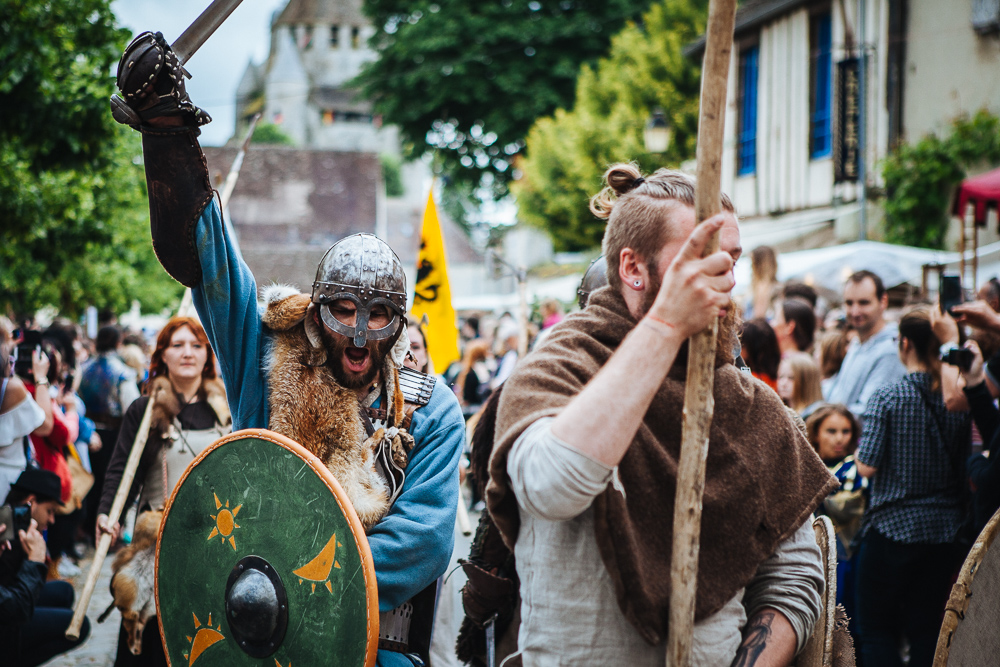 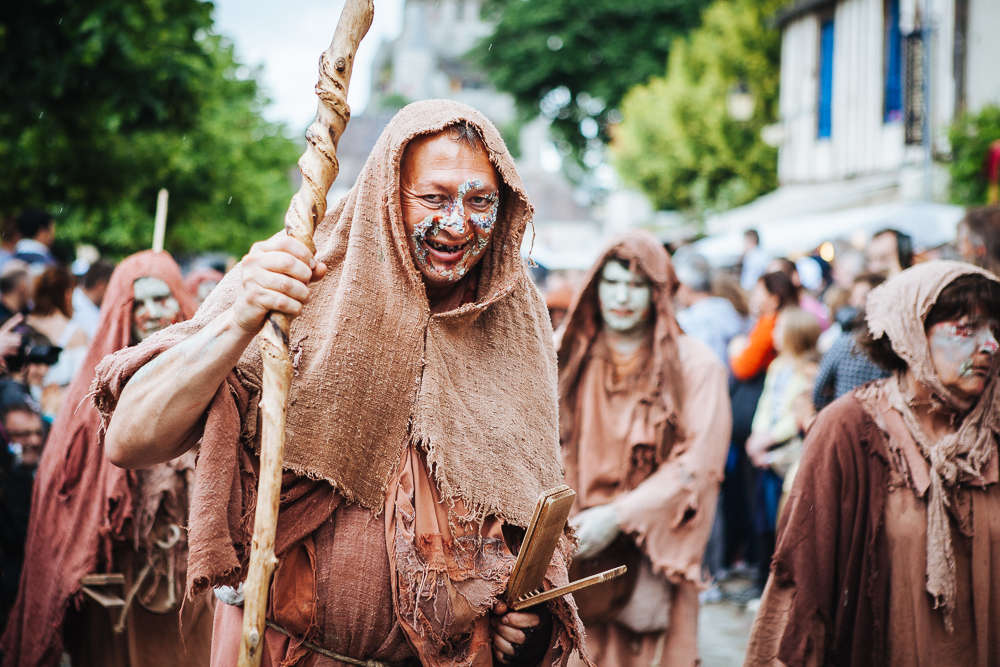 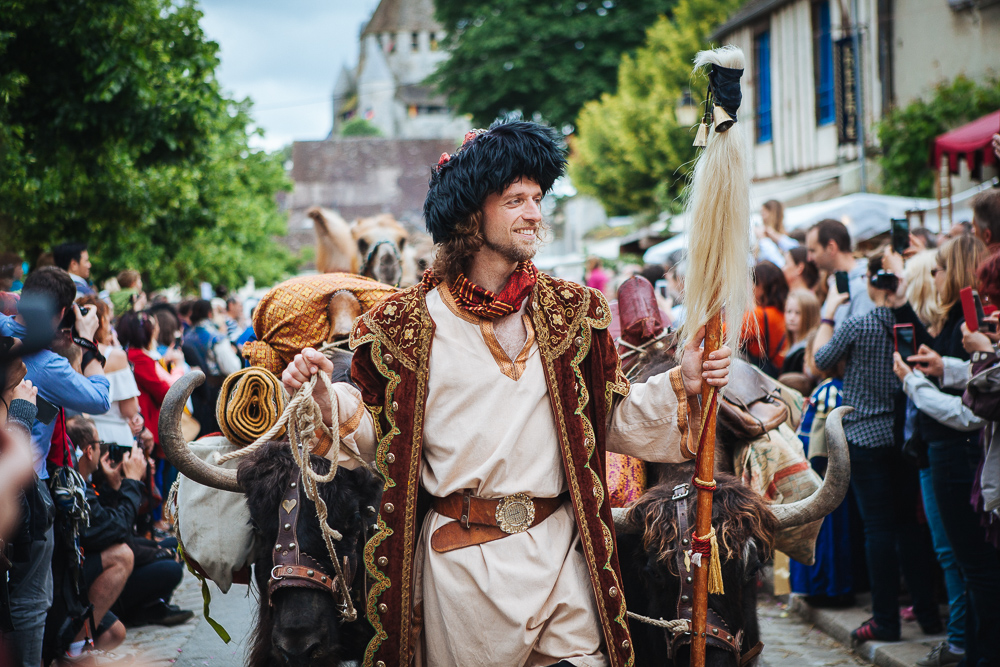 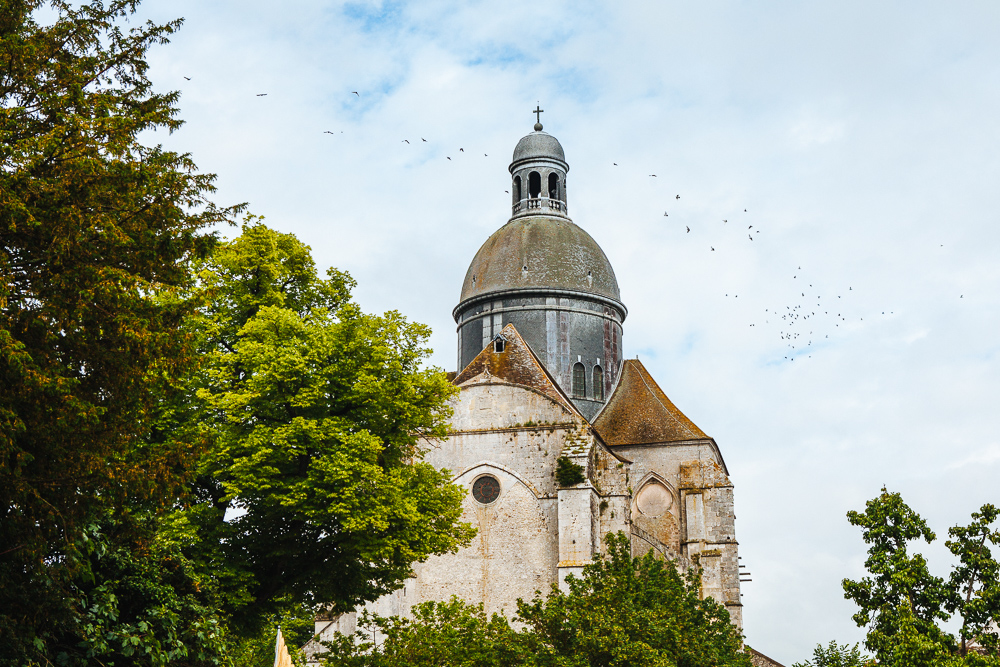