Exhibit at Galerie Argentic: The Humanists

After winter celebrations are over, the presents are unwrapped and street decorations are taken down, January often seems oh so quiet. If you happen to be in Paris, you may enjoy this peaceful time, and while wondering around Quartier Latin, take some time to pop into Galerie Argentic, located only a few steps away from the famous rue Mouffetard. This month the gallery features a collection of original black-and-white prints by the most famous French humanist photographers, such as Robert Doisneau, Willy Ronis, Edouard Boubat, and Izis among others. 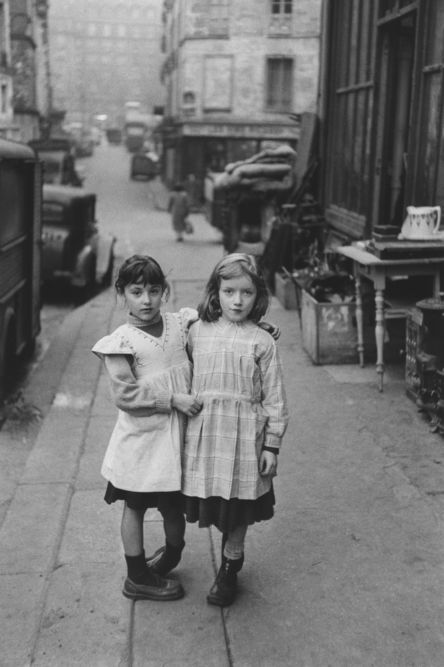 Humanist mouvement in photography started in France in the 1930s, and reached its peak in 1960s. It focuses on a human being in his everyday life, where the environment is just as important as the subject of the photo. Such point of view particularly prevailed right after World War II: the images of that period reflected not only the economic difficulties and injustice of the post-war world, but also showed the simple joys and poetry of everyday life. The work of Henri Cartier-Bresson, Willy Ronis, Edouard Boubat, Izis, Robert Doisneau, and Brassaï lays at the heart of French humanist photography. There is no propaganda or bombast in their images, but there is poetry and emotion, often bittersweet and at the same time very human. 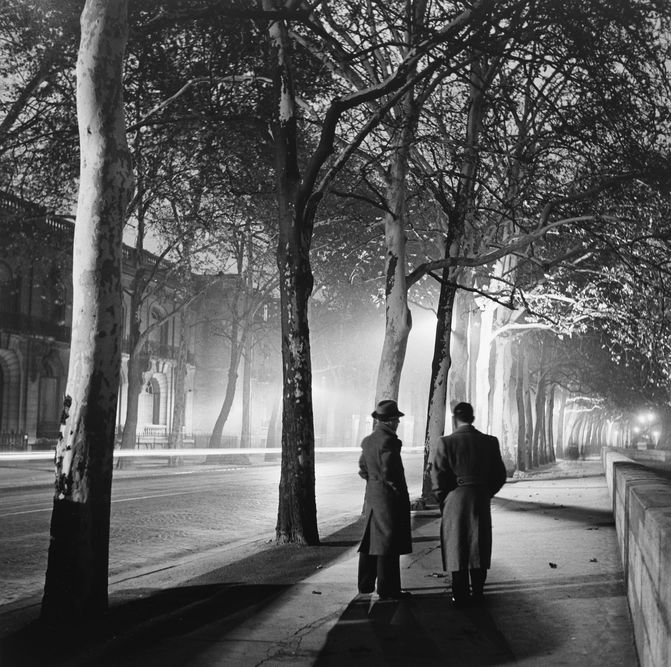 My personal favourite out of some 40 prints exhibited is a photo named "Rue de l'Evangile" by Jean-Claude Gautrand, taken in 1958. A scene of street life, captured from underneath a railway bridge in the outskirts of Paris, depicts a young woman crossing the street. One does not see her face, however, her silhouette is not without elegance and leaves some room for imagination as to what she might look like. The composition of the image is immaculate: strong perspective, created by the silhouette of the woman in the foreground, a truck further away to her left and another tiny silhouette of a passer-by in the background, is reinforced by the lines of the street ending with fading outlines of the houses in the very distance, as well as the rhythm of gasometers on the other side of the street (demolished in 1978). The photo is filled with soft light of the afternoon sun that highlights the texture of the paved street soon after the rain. The photo is not a portrait nor is it telling a story - just a fleeting moment captured in a working-class area of Paris. And yet it is full of poetry, has its rhythm and its beauty. 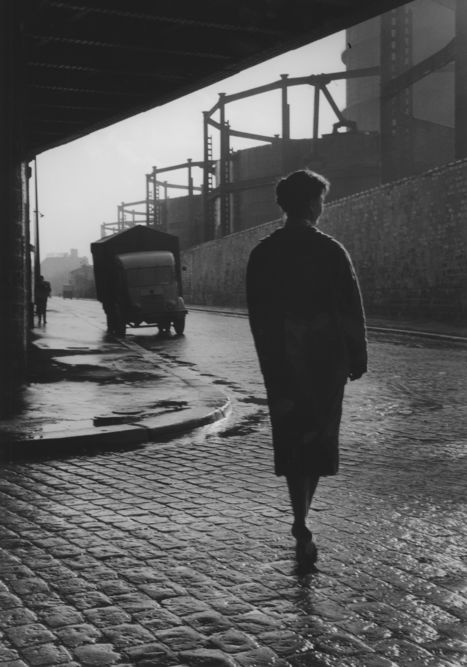 The humanist point of view continues in the photography of the 21st century: alongside the classic works of 1950s and 60s, the exhibit features several prints by contemporary French photographer Daniel Lebée. I have a strong feeling that humanist photography will prosper, as long as it keeps the timeless and poetic outlook on the everyday life of ordinary human beings.