How to Use Exposure Bracketing for Creating HDR Images (Part I)

There are several ways of dealing with high contrast scenes and get all parts of the image correctly exposed: come back at a different time of day, shoot from a different angle, or use bracketing + HDR (High Dynamic Range) technique. Bracketing is available in virtually every camera (not necessarily DSLR), and the HDR process has now become surprisingly easy with the help of Lightroom CC. It may all sound a little too fancy in the beginning, so let's go through these two techniques step by step. In part I we will start with bracketing and its options, and we will dedicate part II to creating HDR images in Lightroom CC.

On a bright sunny day, when light is strong and shadows are deep, high contrast scenes are unavoidable: the images turn out either underexposed, leaving only silhouettes, or overexposed, losing the details in the bright areas. This happens particularly often if the landmark or a structure you intend to photograph is backlit: 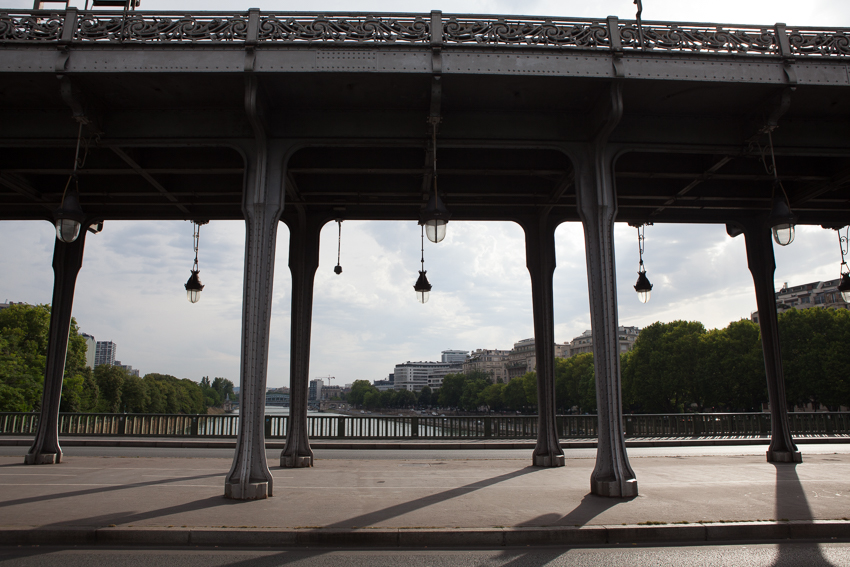 I happened to be at Bir Hakeim bridge in Paris just before sunset: the sun was going down behind the buildings on the right, and the columns of the bridge were casting long shadows. The image above is straight from the camera: even though it is possible to discern the details in both clouds (highlights) and the bridge (shadows), it looks underexposed and dull. To get all parts of the image correctly exposed, I decided to use bracketing and later merge the resulting photos into one HDR image.

While exposure compensation (+ and -) allows you to darken or brighten one particular shot, bracketing is a process of taking three photos of the same scene: one with the camera's suggested settings, one intentionally underexposed and one intentionally overexposed. The AEB (Automatic Exposure Bracketing) function can be found in almost all digital cameras. It allows to expand the dynamic range of the image by getting all the information possible: from the brightest highlights to the darkest shadows without any loss of detail. In other words, you can pre-program your camera to take three photos at once indicating the brightness difference for each image.

Dynamic range can be measured in stops. For example, when photographing a moderately contrasted scene, you may choose to set your bracketing to -1 stop, 0, and +1 stop. In aperture priority mode, if the aperture is set for instance on f/11 for high depth of field (constant setting), the camera will take three photos with three different shutter speed settings (changing setting): 1/1000 sec, 1/500 sec, and 1/250 sec. As a result, you will get one darker image (faster shutter speed of 1/1000 sec allows less light to come through the lens), one brighter image (slower shutter speed of 1/250 sec lets more light in) and one somewhere in the middle. 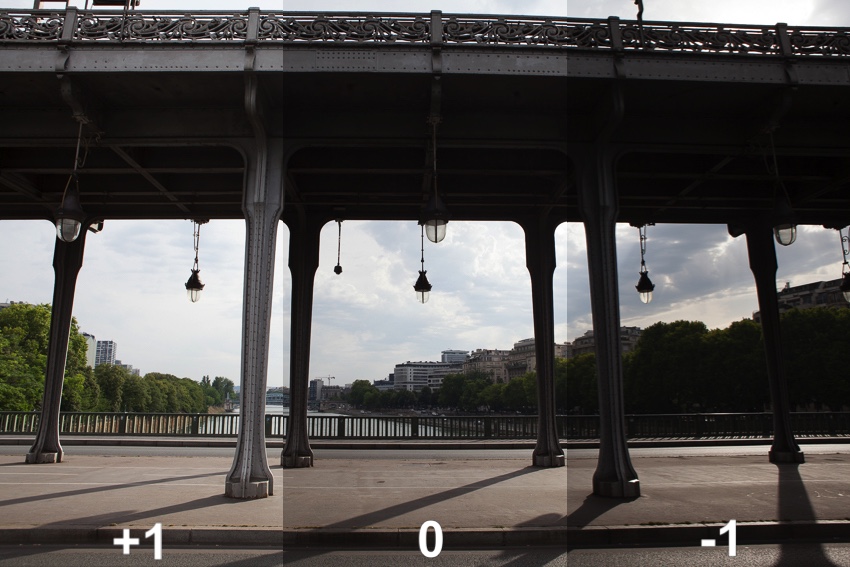 For a highly contrasted scene, you may increase the bracketing range to -2, 0, +2. In this case the shutter speed in resulting three images will vary accordingly: 1/2000 sec, 1/500 sec, 1/125 sec, thus making the first image twice as dark, exposing the same way for the second image and making the third one twice as bright than in the previous example. 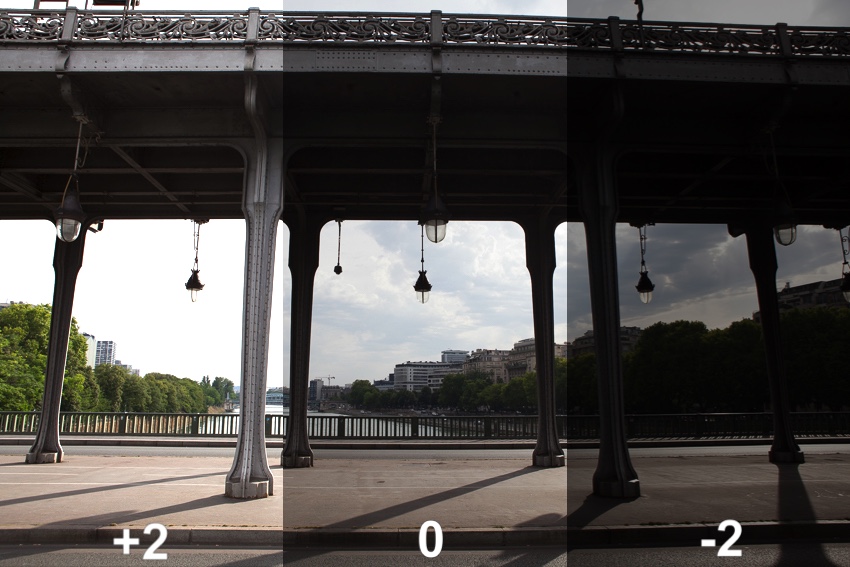 Of course you don't need to go deep into exposure calculations when doing bracketing. It will work just fine in any of your favourite camera mode (except fully automatic) - Program mode, Aperture priority, Shutter speed priority, or Manual - you only have to set the range of the bracketing and take three photos, while the camera will do the rest for you automatically.

To set your camera for it to shoot in bracketing, refer to your camera's manual. Usually it is quite easy. Test how it works by taking three photos of the same subject and check if you can see the difference in exposure between the three.

Once the Automatic Exposure Bracketing function is mastered, we can move on to merging the resulting differently exposed photos into a single HDR image in Lightroom CC, a comprehensive tutorial coming next. Stay tuned!