You may have heard of historic floods that happened in Paris and over the bigger part of Europe in late May and early June this year. After several days of torrential rains, the Seine and Loire rivers brought their swollen waters towards the French capital, causing much surprise and trouble to the city dwellers, boat owners and museum keepers. While city services were continuously working on minimising the havoc the flooding caused, some Parisians headed out towards the embankments and the bridges, camera in hand, to capture the exceptional views it produced.

And the views were exceptional indeed. The embankments, usual favourite picnic places, were completely gone. On Friday, June 3rd, the water level rose to 6.1 meters, the highest recorded since 1982, making navigation underneath the multiple Parisian bridges impossible. World famous museums, the Louvre and Musée d'Orsay, placed right by the river, closed their doors to visitors for several days to rescue artworks located in underground storage rooms. And among all that, hundreds of Parisians and city visitors were crowding on the bridges in awe, trying to comprehend what was happening in front of their eyes. 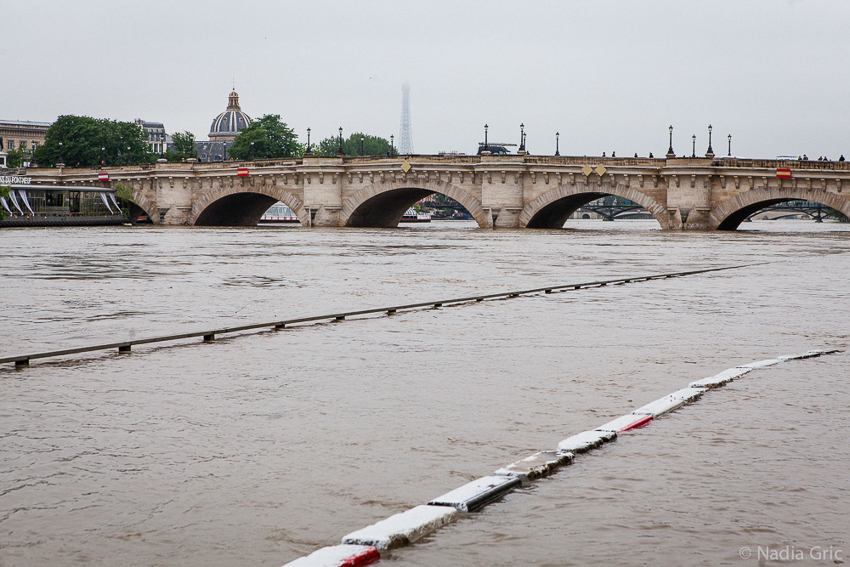 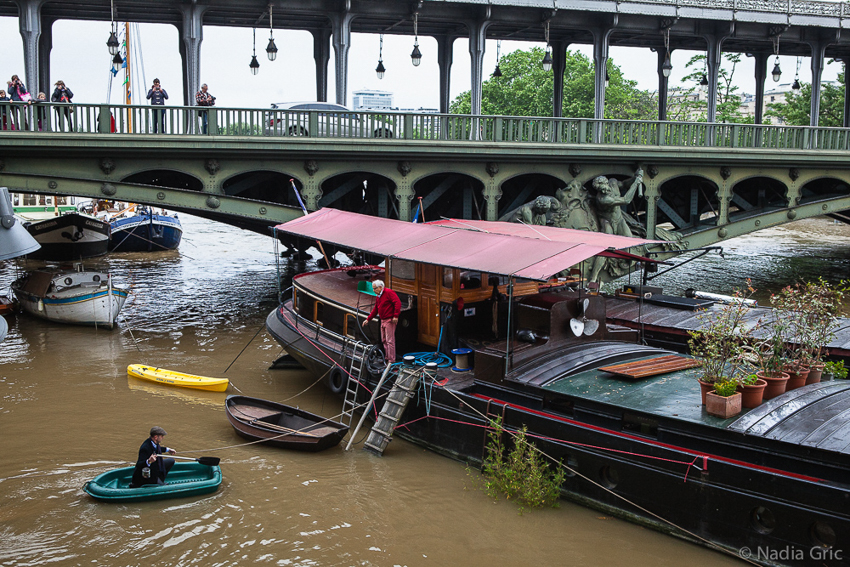 With all compassion to those affected by the flooding, it was a perfect time for storytelling through photography. What exactly has changed since the big water arrived? How to capture the impact it made on the city and its dwellers? How to express the mixed feelings it provoked? These and other questions were turning in my mind as I was heading towards one of my favourite areas by the river where Île de la Cité and Île Saint Louis meet, opening the view over the majestic Notre Dame Cathedral.

Armed with my trusty camera and Canon 24-70 mm f/2.8 lens, I started with overview shots, using the widest angle and trying to include the most of the impressive amount of water that hit the city. Trees, bushes, flowers, street lamps and street signs were joylessly sticking out of the brown muddy currents of rainwater that carried debris and wrecks of what used to be benches and flower pots. This early June afternoon was rather gloomy, so I raised the ISO to 800 to make sure that the aperture closed to f/8 for high depth of field which would allow for faster shutter speeds of 1/640 to 1/1000 sec to stop the movement.

After a few landscape shots, I concentrated on the surrounding details, that were no less expressive than the overall views. A wet pigeon staring at the swollen current, a couple that cannot believe their eyes, a street lamp overlooking a lonely sign indicating the name of the bridge, waist-deep in the water... Here I was switching between f/8 and f/2/8 for shallower depth of field, wanting to separate the subject from the background. 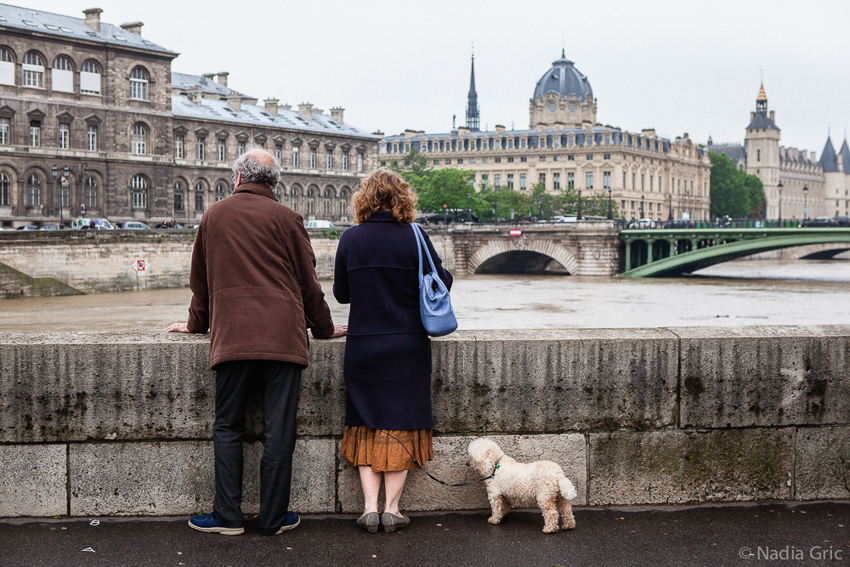 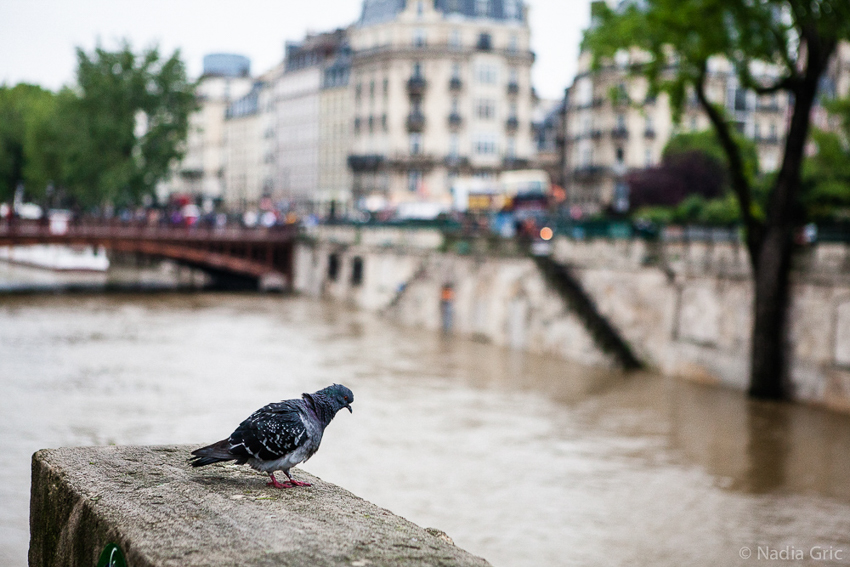 A few days later, the rains finally stopped, the water level started to decrease, the museums reopened their doors, the boat owners could finally reach the shore, and Parisians continued with their daily routines. There is still lots of work to be done, however, it looks like the worst is already behind us. The photos I took during the flooding will remain to mark those memorable days when the Seine became the main character in the city. 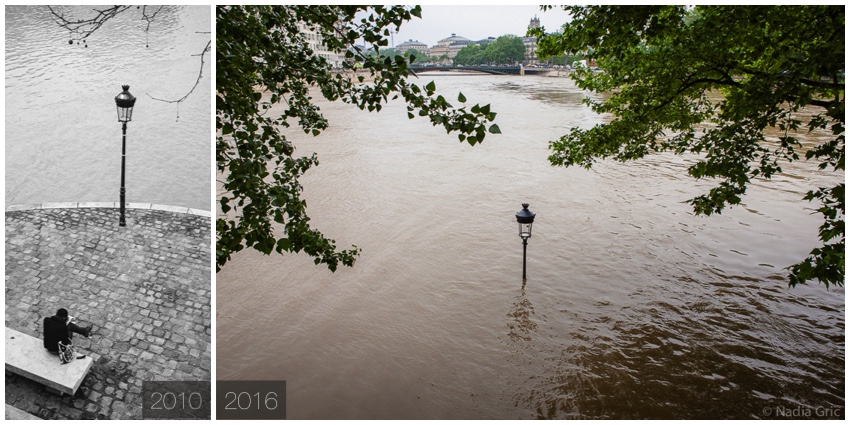 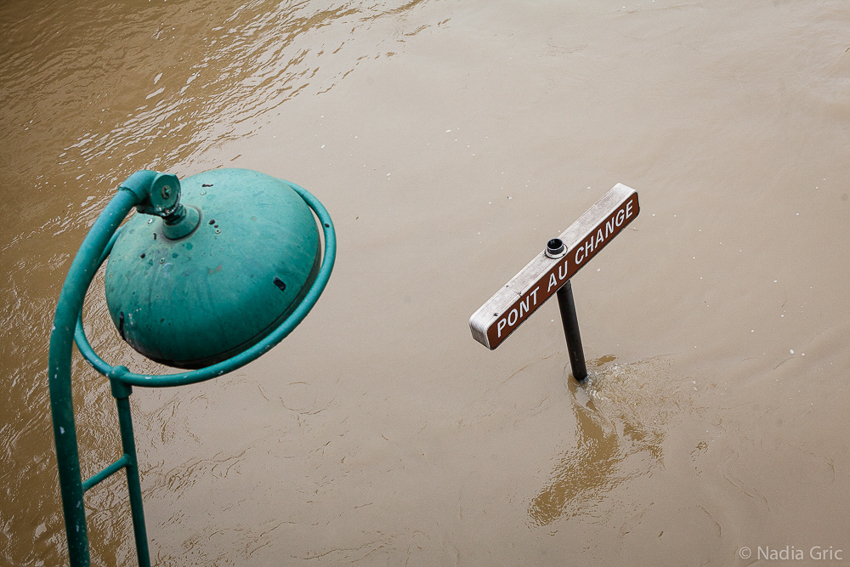 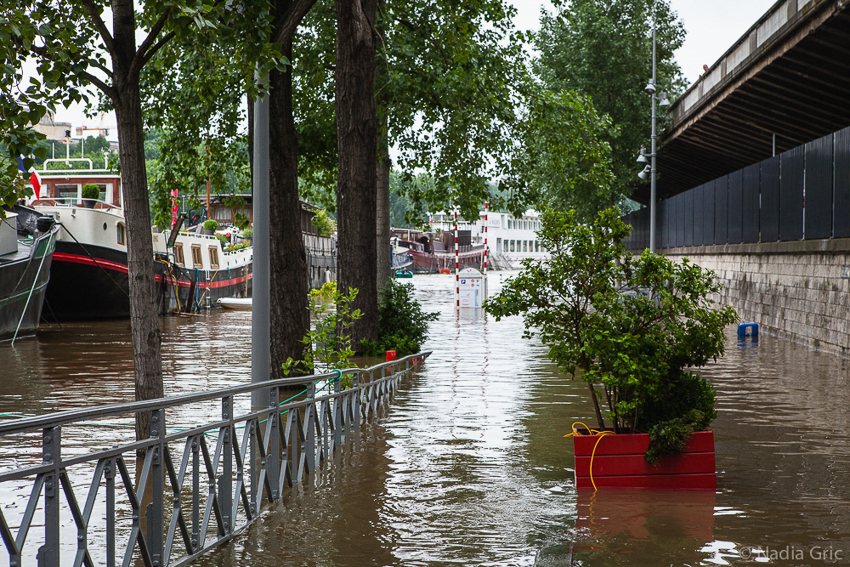