The Use of Model Releases in Travel and Street Photography 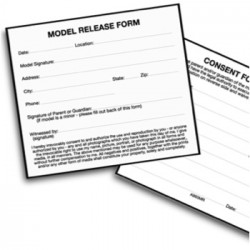 We often receive questions from tour participants about model releases in street or travel photography. Is a model release needed when photographing in the streets? If yes, how should you approach a person to get it signed, especially when you are after a candid shot and do not want to “spoil the moment”? These and other questions are often concerns for photographers. To help you consider your options, here are some throughts on street photography and model releases.

1. Can I photograph a person in the street?

In most countries, you can photograph people in public places, as long as you do it with respect and do not violate any laws. Respect in this case means that a photo taken does not undermine dignity and/or private life of a person in question. For example, taking a photo of someone lining up by an unemployment office would not be appropriate, as well as photographing a homeless person in distress. Unless stated otherwise, it is therefore allowed to take photos of strangers in public spaces. If a person does not wish to be photographed and lets you know about it, you should stop immediately.

The real issue to consider is what the image will be used for after it is taken.

2. I have taken a few photographs without the person noticing it. Can I publish those images?

The laws on this question differ from country to country.

For example, in France, authorisation is needed before publishing an image of a person, who in turn, has the right to refuse publication. If the person refuses publication, you can of course still keep the image for your private use, for example to print it and put it on your wall.

However, even in France the law may be evolving. A recent court decision found that the right to creative expression nevertheless prevails over the “image rights” (droit à l’image in French) if the publication of an image doesn’t undermine the person’s dignity or doesn’t cause serious consequences to them. This may mean after all, that in certain conditions you may print and publish an image even if the person in the photograph is not aware of it.

That said, if you want to be on the safe side in France, it is best to either ask for authorization to publish the image or to keep it for your private use.

In the United States, you can publish the photo of a person taken in a public place if the person cannot be recognised in the image and if it is not used for advertising or commercial business purposes. For all other cases you do need their permission and a signed model release.

An exception to this rule is that you are allowed to sell a photo of a recognizable person taken in the a public space if it is sold as a work of art. The same principle applies for images of large groups of people with some of them that can be recognized (e.g., photos taken during a street festival).

So, when do I need a model release?

To make is easier, think of it in terms of the use of the image rather than its content.

You definitely need a release form if the image you took of a person or a group of people is used commercially, for example, in advertising,  book publishing, newsletters, greeting cards etc. The purpose is clear and the objective is to earn money.

If the image is used for editorial purposes to illustrate an article in a newspaper, or general consumer publications, there is no need for a model release.

The same applies if the images are used as work of art.

I want to participate in a photography contest. Do I need a model release?

You do not need a model release for your images in order to participate in a photo contest, since there is no commercial gain involved. However, if your image wins, it will most probably be publicised for the contest or other purposes, therefore most contest organisers will ask for a model release as part of the conditions to enter the image.

What is the best way to get a model release signed while in the street?

It will be a lot easier to get a release signed in the street if you have a purpose before asking for permission. If you are photographing for a particular project, tell your subject about it (before or after taking their photograph). If it is much easier to have them sign a release if necessary, when it is for a good cause.

Just to be sure, you should be ready for all occasions by having copies of standard model releases with you. There are many samples model releases online, such as Pocket Release  for example. Hint: colourful model releases are usually less intimidating to people and they will sign them more easily! A variety of model release apps are also available for your smartphone, such as Easy Release, Top Model Release or Release Me.

Sharing your photos with the person photographed can go a long way. Propose an exchange of the photo with them in exchange of the release form. Of course, make sure you do provide the image later, in print or by email.

It is perfectly natural for some people to refuse to sign a release form. They will be more likely to accept if you are working on a specific project they can appreciate and understand. Remember that it usually just comes down to whether or not the image is going to be used for commercial purposes. If the answer is yes, you definitely need a signed form. If not, you can hang it in your living room as large as you want. In all cases, be respectful of the wishes of the subject.

So next time you head out in the streets with your camera in search of your best image, make sure you are well armed with respect, a good knowledge of laws in your country and a bunch of model releases in your pocket (or an app on your phone)! In the meantime, let us know how the rules might differ where you live.

For further reading on this topic: